Spencer Holmes interviews me on Youtube, discussing creative thinking, project leadership and managers. An introduction to the 30/70 rule as a means of aligning specialists behind a project.

http://www.youtube.com/watch?v=1aigg1rMwZ8&feature=youtube_gdata_player
Posted by Victor Newman at 09:09 No comments:

Toxic Efficiency: How to Kill Your Organization by Making Efficiency Your God 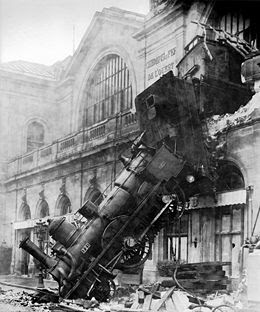 Back in the 90s, I read an interesting book about fighting power by a retired US Colonel (Trevor N, Dupuy) much of which I disagreed with, where he established that the German Wehrmacht had by April 1945, quadrupled the fighting power of their infantry battalions in comparison with their capability in June 1940, this in spite of virtually halving the manpower on an infantry battalion down from 800 to approximately 400 men. What the author didn’t discuss was the futility of such developments, since the war was already lost and this kind of fighting power was irrelevant.

But the futility of focusing on transactional efficiency is often hidden in organisational cultures which prefer to work on solving problems that they can solve, that reinforce the collaboration of existing power and resourcing structures, instead of focusing on the problem whose resolution will lead to systematic change that will demolish current accumulated reserves of Relational Capital, whose new shape is unpredictable.

A few years later, I found myself facilitating the leadership of an automotive assembly plant on their strategic rationale for achieving the appropriate level of lean-ness as being the means of ensuring that they would be a natural site for the assembly of future models from their Japanese partners. I realized that there was something wrong with this as a viable strategy, but couldn’t put it into words.

Subsequently, I led an exercise in reverse-assembly of a 4WD vehicle in order to discover how to simplify the current assembly process. This was useful in that it led to the simplification of the assembly process by focusing on pre-assembly of modular components (so we could appear to reduce the man-hours involved in assembly), a significant reduction in the variety of fixing devices, and the final realisation that the 4WD vehicle needed to be redesigned and light-weighted (since it was really based on a heavy truck sub-frame and suspension system). We constructed a new prototype vehicle with significant benefits and showed it to our Japanese partner. The outcome was unexpected. I was asked to formally apologize to our Japanese CEO. As he drily put it: we do the innovation, you just assemble the product. At that point, I realized the danger of focusing on efficiency: it can mean that you lose the ability to invent new products, yourself.

In 2000, I was headhunted from Cranfield University to become Pfizer’s Chief Learning Officer, setting up a corporate university, organising governance, metrics and a system of barefoot practitioners. I realised that if I wanted to be successful in my own terms I had to connect closely with the strategy (developing a system of Strategic Learning Plans that answered the question of what do you need to be good at to deliver the strategy?, and what do you need to learn to provide the capability required?). I worked on improving the learning process for drug project teams whose lifecycle can take 8-10 years and involve considerable member rotation meaning that teams can unlearn as fast as they learnt. This lead to the invention of the Baton Passing technique with some significant improvements in time and cost-saving and reduction in attrition or failure.

Then in 2003 I suddenly woke up. I noticed that acquisitions were not delivering and it wasn’t down to the costs of integration. I realised that there was no point in optimising a strategy that would never deliver the shareholder returns required in the long run, at a time when innovation productivity in the pharmaceutical industry had been flat-lining since 1981. We needed a new strategy. So I began leading skunkworks projects to harvest lost Intellectual Property in Pfizer and build awareness of the fractured nature of the current investment strategy and its limitations. But it was too late. Naturally, leadership (like all pharmaceutical businesses) told itself to cut costs and began the dreary ritual of down-sizing and attempting to learn how to operate efficiently, but like the Wehrmacht, they missed the strategic point of inflection, in other words, that all strategies have a lifecycle, but that when you focus primarily upon efficiency without a balanced, ambidextrous approach that includes effectiveness, you are doomed.

Victor Newman
Chief Innovation Officer: Institute for the Study of Zombie Organizations, CIO Milamber Consulting, Mentor to Social Innovation Lab Kent (SILK), Author, featured in the WSJ, contributed to HBR, and is on several Advisory Boards. His “Knowledge Activist’s Handbook” has been cited as the “best management book within the last ten years”. Head of Innovation Strategy, Technology Strategy Board (2008/9); As Pfizer’s Chief Learning Officer (2000-2005), influenced the Innovation Surge within Global R&D. His recent innovation consulting includes financial services, regulatory organizations, manufacturing, biopharmaceuticals, foreign government national innovation development strategies, manufacturing and telecoms. He is the inventor of several fast innovation techniques, has recently been applying his Innovation Leadership Model with CEO mentoring groups and prototyping Open Innovation strategies based on collaborative alliances with the University of Greenwich Business School. Victor is a Visiting Professor in Knowledge and Innovation Management to both Greenwich and OU Business Schools, and has served as a special forces reservist.